Savage Love Hump Bold Type Tickets
Show Me
🗓 Top Things To Do Today & This Week
🍸 Holiday Drink Week
🍁 November Events
🪶 Native American Heritage Month
🤑 Cheap & Easy
⚽ World Cup
The holiday season will be in full effect at the 27th Annual Magic in the Market. (Pike Place Market via Facebook)
This long weekend, there's a veritable cornucopia of cheap and easy events to check out, from a FIFA World Cup Watch Party for this Friday's big USA vs. England match to the 27th Annual Magic in the Market and from The Head & The Heart: Live at Easy Street to the Christmas Ship Festival's Opening Night Event. For more ideas, check out our beer-centric guide to Black Friday or our guide to this week's top events.

Holiday hours may vary and venues may have health guidelines in place—we advise directly checking event websites before heading out.

Cross-Faded Cinema with DJ Nicfit Like Add to a List
You might've heard the urban legend of a strange synchronicity between The Wizard of Oz and Pink Floyd's The Dark Side of the Moon from some cool stoner kid growing up. Inspired by the idea, Cross-Faded Cinema (curated by Seattle's own DJ Nicfit) twists the soundtracks of cult films, giving them a spin that the Seattle International Film Festival describes as "mesmerizing." The film screened for this showing hasn't been announced, but it promises a trippy, ultra-sensory time.
(Here-After at the Crocodile, Belltown, $10)

Decision to Leave Like Add to a List
Park Chan-wook, the visionary director behind Oldboy and The Handmaiden, won Best Director at Cannes this year for this stylish thriller. Decision to Leave begins with a man falling to his death from a Korean mountain peak, and unravels into a sensual noir with subtle nods to Vertigo.
(Northwest Film Forum, Capitol Hill, $7-$13)

Drinking Chocolate Celebration Like Add to a List
Cozy up with a rich mug of drinking chocolate from Fremont's resident chocolate factory for just $4, along with a complimentary handmade chocolate-covered marshmallow. While you're at it, pick up some treats for holiday gifts and stocking stuffers.
(Theo Chocolate, Fremont)

JNA with Samara Lennoxx and DJ Nasir Like Add to a List
Up-and-coming soul-pop artist JNA (pronounced jen-nuh) will get you on the dance floor with disco-inspired feel-good anthems off of her debut EP, I Have Good Taste But For Some Reason I Like You, alongside soulful singer-songwriter Samara Lennoxx and UK club heavy DJ Nasir.
(Barboza, Capitol Hill, $12)

GeekCraft Expo Seattle Holiday Market 2022 Like Add to a List
DIY lovers won't wanna miss this craft market, which claims to be the "largest curated collection of geeky crafters and makers in the PNW." Local artisans will share their holiday wares so you can snatch up unique presents for the special nerds in your life. (Crocheted TARDIS, anyone?)
(Magnuson Park Hangar 30, Sand Point, $2-$10)

FIFA World Cup 2022 Watch Party Like Add to a List
Join the Seattle Sounders for a free watch party at Seattle Center's Armory. The event will feature food and drink available for purchase, plus giveaways, music, photo booths, games, prizes, and more. Seating is first-come, first-served, and demand is high, so get there ahead of time to secure your spot.
(Seattle Center Armory, Uptown, free)

Opt-Outside Afternoon on the Trails Like Add to a List
IslandWood, a Bainbridge Island environmental education nonprofit, opens its trail systems to the public on select days throughout the year for self-guided exploration. Whether you want to walk off your Thanksgiving dinner or you're desperate to get away from your relatives, don't miss this opportunity to traverse a mossy ravine on a suspension bridge, peek inside treehouses, and (possibly) spy an osprey.
(IslandWood, Bainbridge Island, free)

Opening Night Event Like Add to a List
Celebrate the beginning of the Christmas Ship Festival Like Add to a List at this twinkly shindig, where attendees can snag snapshots with Santa, make snowflakes, and sip on hot bevvies at scenic Pier 55. Arrive before the 4:15 pm countdown to witness the Christmas Ship's ceremonial lighting.
(Argosy Cruises at Pier 55, Seattle Waterfront, free)

Swipe Right Like Add to a List
Online dating is notoriously weird, awkward, and uncomfortable. Swipe Right pokes fun at the whole rigamarole. For this improv show, two brave (like, really brave) souls will share their dating profiles with the audience via projector. Then a cast of improvisers will devise a funny set based on the profile details. Who needs love when you've got laughs?
(Here-After at the Crocodile, Belltown, $15)

Who's High? Like Add to a List
Whether you pop an edible before the show or you're in a blissful post-Thanksgiving food coma, Who's High will test the strength of your stoner detection skills. At this monthly comedy event, a cast of improvisers creates scenes based on stories informed by the audience. Here's the schtick: half the players are high. Can you figure out which ones smoked backstage?
(Here-After at the Crocodile, Belltown, $15)

Queens Of Pop ft. DJ Baby Van Beezly Like Add to a List
Dance the night away to your favorite jams by pop royalty like Britney, Beyoncé, Madonna, Mariah, and other pillars of 4X4 perfection with DJ Baby Van Beezly.
(High Dive, Fremont, $10-$12)

Book Larder Small Business Saturday Like Add to a List
Head to Fremont's resident cookbook shop to stock up on gifts for the gourmets in your life. Get Leuchtturm1917 journals and planners embossed for free, and enjoy complimentary snacks and drinks from some of the staff's favorite titles. You'll even get to grab a free mystery book when you spend $50 or more.
(Book Larder, Fremont, free)

The Straight Story Like Add to a List
This G-rated Disney frolic by David Lynch—yes, that David Lynch—is perhaps his most narrative-driven, and therefore mind-bogglingly unexpected, film. (We're not sure if he's being sarcastic when he calls The Straight Story his "most experimental movie.") Starring Richard Farnsworth, Sissy Spacek, and Harry Dean Stanton, the folksy flick follows an elderly man who rides a lawnmower all the way from Iowa to his sick brother's home in Wisconsin.
(The Beacon, Columbia City, $12.50)

The Head & The Heart: Live at Easy Street Like Add to a List
Indie folk band The Head And The Heart, who got their start busking on Seattle street corners, will give a free in-store performance in support of their latest release, Every Shade of Blue, which American Songwriter called "their boldest album yet." Pre-order the record from Easy Street to gain entry to the show, and stick around afterward to get it autographed!
(Easy Street Records, Junction, free with album pre-order)

Bones and All Like Add to a List
Road trip!! Directed by Luca Guadagnino (Call Me By Your Name), this cannibalistic thriller stars Taylor Russell and Timothée Chalamet as blood-thirsty lovers traveling 3,000 miles through the backroads of the United States. IndieWire reports that the film "would have Chekhov himself weeping," so prepare to feel at least mildly devastated.
(SIFF Cinema Uptown, Uptown, $13-$14, Wednesday-Thursday)

Holy Spider Like Add to a List
Based on the true story of serial killer Saeed Hanaei, this thriller by lauded writer-director Ali Abbasi follows a female journalist who arrives in the Iranian holy city of Mashhad in search of an elusive murderer targeting sex workers.
(SIFF Cinema Uptown, Uptown, $11-$14, Friday-Sunday)

Oink Like Add to a List
Oink, the festival darling and stop-motion feature debut by Mascha Halberstad, has all the charm of a German fairytale. Hilarious and aesthetically irresistible, the flick follows bespectacled Babs, a nine-year-old whose new present (a pig named Oink) creates a series of messy complications in her life.
(Northwest Film Forum, Capitol Hill, $7-$13, Saturday-Sunday)

Coffee Beer Week Like Add to a List
What could be more quintessentially Seattle than a drink that combines craft beer and coffee? The Beer Junction will have nine such brews on tap at their annual Coffee Beer Week, which kicks off on Black Friday and includes offerings from Alesmith, Aslan, Bale Breaker, Fremont, Georgetown, Holy Mountain, and more. We're particularly intrigued by the "Stove-altine Maple and Coffee Milk Stout," a collaboration between Old Stove Brewing and Urban Family Brewing.
(The Beer Junction, Junction, Friday-Sunday)

MoM + Pop-Up : A Monthly Art Market Like Add to a List
After a year-long hiatus, Museum of Museums's pop-up market returns this weekend—and the inclusive event should be extra buzzy this month, accommodating the holiday rush with more carefully curated vintage and art goodies by local vendors.
(Museum of Museums, First Hill, free, Saturday-Sunday)

Belly of the Beast Like Add to a List
If painting is a beast, what might reside in its belly? Thus forms the inquiry of artists Mike Chattem, Jackson Hunt, and Debbi Kenote, who explore all the weighty historical underpinnings of painting through intentional expansions on the medium, including carved foam core, collage, and interlocking paintings-as-installations.
(SOIL, Pioneer Square, free, Friday-Saturday; closing)

Fluid In Nature Like Add to a List
Lummi artist Dan Friday and Tlingit artists Preston Singletary and Raven Skyriver come together in Fluid in Nature, a contemporary glass exhibition that merges modern approaches with traditional Native imagery and techniques for a potent celebration of the three glass masters.
(Pioneer Square, free, Wednesday-Saturday; closing)

Surplus Value: Jia Jia Like Add to a List
Jia Jia's multimedia approach to art-making blends satire and sly humor with smart inquiries into the impacts of globalization and technology on humans. Describing herself as "a foreigner in the US" and "an adapter for living," Jia wonders how her identity and her work might function against systems of power and violence. She explores it all in Surplus Value, a solo exhibition of sculptural works and more.
(SOIL, Pioneer Square, free, Friday-Saturday; closing)

Snowflake Lane 2022 Like Add to a List
Celebrate the holidays over and over again at this very festive parade, with floats cruising through downtown Bellevue every night for a month. (Fake) snow will fall, Yuletide tunes will echo in the air, and lights will flicker each night until Christmas Eve.
(Bellevue Collection, Bellevue, free, Friday-Sunday) 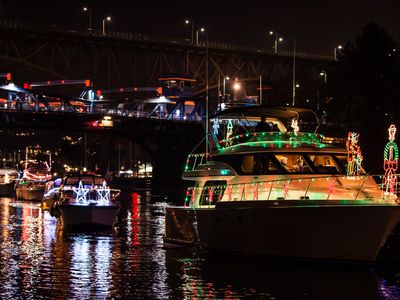 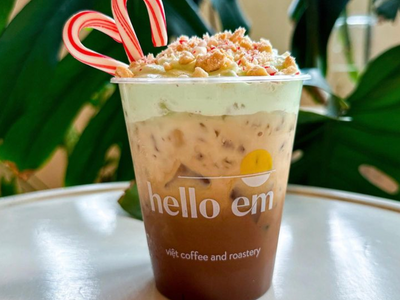 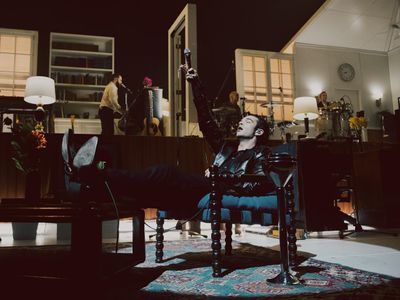 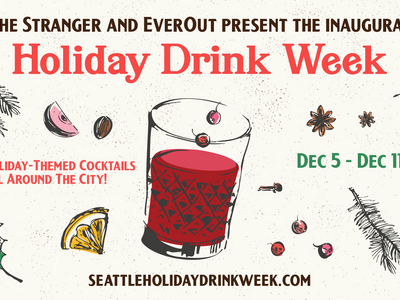 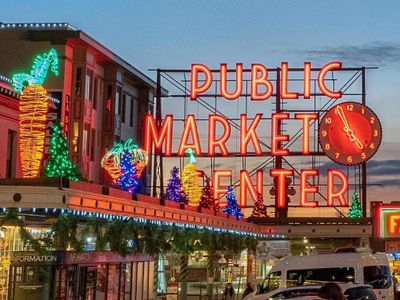