Although
Washington’s statewide mask mandate has been lifted, venues may have their own health guidelines in place. We advise directly checking the specific protocols for an event before heading out.

The Reader: A Tarot Comedy Show Like Add to a List
You might get "read" in more ways than one at this night of improv with a mystical twist. The mysterious Reader will pull tarot cards for you, then a team of improvisers will interpret their meanings. Hang on to your crystals.
(Rendezvous, Belltown, $15)

Breanna Barbara - In-Store Performance Like Add to a List
NYC-based artist Breanna Barbara will stop by Easy Street (while in town for Freakout Festiva Like Add to a List l) for a free in-store performance supporting her sophomore album, Nothin' But Time, on the day of its release. The album harnesses the rawness of blues-rock and the whimsy of psych-pop with theremin tones and cosmic synths, for a single sonic landscape that feels both familiar and entirely new.
(Easy Street Records, Junction, free)

A Dance Party (Taylor's Version) - Reputation Edition Like Add to a List
Dance like you're 22 to a mix of Taylor's Version hits and remixes, with a special focus on her Reputation album, at this all-T Swift, all-night dance party. This is probably the only acceptable place to request "All Too Well (10-minute version)" at the DJ booth.
(Neumos, Capitol Hill, $5-$11)

Indigequeer Like Add to a List
Cafe Racer is kicking off Native Heritage Month with a killer lineup of all Native DJs including There's More, Cutz 1, and DJ Libbi. Comedian Howie Echo-Hawk will host this evening of dancing, music, performances, reveals, and more.
(Cafe Racer, Capitol Hill, $8-$20)

Boy Smooches Like Add to a List
This long-form improv troupe may be all fun and games, but they also take their craft seriously—audiences can expect stellar storytelling, character-building, and scene-setting from the Minnesotan gang. Boy Smooches' fast-paced show is informed by audience suggestions, so bring your best prompts to get the party started.
(Rendezvous, Belltown, $10-$15)

Scarecrow Academy: The Art in Sci-Fi: Miracle Mile Like Add to a List
Scarecrow Academy's galactic semester of sci-fi film discussions continues this weekend, led by film critic, author, and Scarecrow historian-programmer Robert Horton. For this session of The Art in Sci-Fi, Horton will lead a conversation on the apocalyptic '88 cult flick Miracle Mile, which follows a Los Angeles musician who is forewarned of an impending nuclear attack on the city.
(Scarecrow Video, Roosevelt, free)

Soup Club: In Person! Like Add to a List
Cookbook author (and noted soup lover) Caroline Wright, who received a terminal brain cancer diagnosis in 2017, will set up in front of Book Larder and sling soup inspired by her latest release, Soup Club. All proceeds benefit the Glioblastoma Foundation, which aims to transform the standard of care for glioblastoma.
(Book Larder, Fremont, free)

HOT IN IT - A Night of Dance & Drag Celebrating Charli XCX & Other Hyperpop Stars! Like Add to a List
Beep beep! Celebrate the future of pop by dancing (and scream-singing) along to bangers by Charli XCX, SOPHIE, Kim Petras, Rina Sawayama, and more from the whole PC Music crew. Let's ride.
(Neumos, Capitol Hill, $5)

Big Dig Record Show Like Add to a List
Many Northwest record dealers will once again peddle their eclectic wares (some of which will only be a buck) to deal-hunting vinyl hounds at this annual pop-up sale. Keep your eyes and ears peeled for tunes from local DJs and a full bar.
(Vermillion, Capitol Hill, $5-$10)

Kid Congo Powers: Some New Kind of Kick Like Add to a List
Kid Congo Powers, legendary rock guitarist and former member of The Cramps and Nick Cave and the Bad Seeds, will stop by Seattle to read from his jangly new memoir Some New Kind of Kick, which offers a striking view of counterculture through the lens of a gay Latino punk. Powers will sign copies and chat with fellow guitarist Tom Price.
(Fantagraphics Bookstore and Gallery, Georgetown, free)

Saturday University: Reimagining the Ganges River in North Bihar, India Like Add to a List
Continuing Saturday University's 2022-23 focus on "the social power of architecture," this lecture from anthropologist Dr. Luisa Cortesi will look closely at how locals from India's North Bihar region interact with the Ganges river, and how their approaches differ wildly from infrastructure developers. Your ticket to the talk includes museum admission, so stick around to catch Beyond the Mountain: Contemporary Chinese Artists on The Classical Forms Like Add to a List afterward.
(Seattle Asian Art Museum, Capitol Hill, $8-$15)

See You at San Diego: An Oral History on Comic-Con, Fandom, & the Triumph of Geek Culture Like Add to a List
Mathew Klickstein's See You in San Diego examines the meteoric rise of comic fandom generated by the San Diego Comic Con, which was founded in 1970. Klickstein will sign copies of the geek-friendly tome and chat with cartoonist Roberta Gregory, science fiction and fantasy writer Astrid Anderson, University of Oregon cinema studies professor Erin Hanna, and Fantagraphics founder Gary Groth about the con phenomenon.
(Fantagraphics Bookstore and Gallery, Georgetown, free)

Equinox Open House Like Add to a List
Equinox Studios, a nearly 100,000-square-foot industrial space that's home to over 125 local artists' studios, will once again throw open its (gigantic) doors for this recurring open house. The free event invites art lovers to snag some unusual holiday gifts, chat with artists on site, and warm their chilly fingers by the bonfire.
(Equinox Studios, Georgetown, free)

Meet Me in the Bathroom with The Moldy Peaches Like Add to a List
Calling all elder millennials—Meet Me in the Bathroom rocks along with the raucous years of early aughts indie in NYC, set against the backdrop of a rattled post-9/11 world. (Julian Casablancas stans, don't miss this doc.) Stick around after the screening for a Q&A and special set from anti-folk darlings The Moldy Peaches.
(SIFF Cinema Egyptian, Capitol Hill, Advance tickets sold out; standby tickets may be available the day of the event)

Chinese American Bear with Clambrain, and SuperCoze Like Add to a List
Catch the Brooklyn-based band Chinese American Bear, who are self described as a "quirky, experimental, mando-pop/rock duo creating bi-lingual ear candy," as they support their debut self-titled album. Indie-pop project Clambrain will get the ball rolling alongside kindred singer-songwriter SuperCoze.
(High Dive, Fremont, $15)

Modular Nights Like Add to a List
Squeeze one last concert into your weekend with an installment of Modular Nights, featuring experimental electronic tunes from Tom Evans, Brad Anderson, Franoise, 6502, NiGHTofAL, Year of the Quiet Sun, and Davnak. All that for the very low price of FREE.
(Substation, Fremont, free)

Alma's Rainbow Like Add to a List
Ayoka Chenzira's '94 feature film debut follows three young Black women coming of age in Brooklyn as they navigate the tricky terrain of beauty standards, self-image, consent, and dating. Ava DuVernay described the film as "a gorgeous clarion call for our young Black girls, heralding the community, creativity, and confidence that is the pride of our culture."
(Northwest Film Forum, Capitol Hill, $7-$13, Friday-Sunday)

The 22nd Annual Animation Show of Shows Like Add to a List
Returning from a two-year pandemic hiatus, the 22nd annual Animation Show of Shows continues to celebrate the art of animation with 10 of the year's best offerings, including works by directors Kaori Ishida, Geoffroy de Cecy, Gil Alkabetz, and Jeanne Apergis. This year's roundup reflects on existential crises, anxieties, and isolation, while also considering the ways in which we're all connected.
(SIFF Cinema Egyptian, Capitol Hill, $11-$14, Friday-Sunday)

Best of the Northwest Fall Show Like Add to a List
Kick off your holiday shopping in style at this three-day art market, where 118 creatives will share their ceramics, fiber art, jewelry, and more in the light-filled, historic Magnuson Park Hangar 30. Those who prefer a head start can snag tickets to the preview gala, which includes complimentary wine, appetizers, and first dibs on art.
(Magnuson Park Hangar 30, Sand Point, General admission $3, gala admission $30, Friday-Sunday)

Salon Habitudes Presents: Mushroom Forest Like Add to a List
Prepare for mycelial madness—this week-long pop-up will get fungal with artist salons and talks by herbalists and mycologists. Sure, we're all intrigued by the hallucinogenic properties of certain shrooms, but Mushroom Forest will also explore the capacities of mushrooms as adaptogens, spiritual healers, ecological regulators, and even anticapitalist life forms. Far out!
(Ada's Technical Books, Capitol Hill, By donation, Friday-Sunday)

Surplus Value: Jia Jia Like Add to a List
Jia Jia's multimedia approach to art-making blends satire and sly humor with smart inquiries into the impacts of globalization and technology on humans. Describing herself as "a foreigner in the US" and "an adapter for living," Jia wonders how her identity and her work might function against systems of power and violence. She explores it all in Surplus Value, a solo exhibition of sculptural works and more.
(SOIL, Pioneer Square, free, Friday-Saturday) 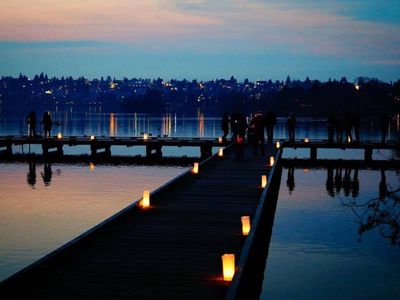 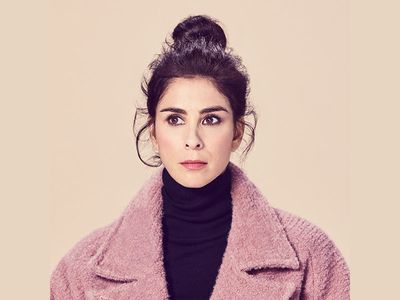 Plus, Margaret Cho and More Event Updates for December 8 How Are We Doing? 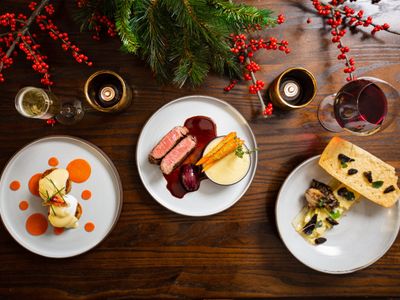 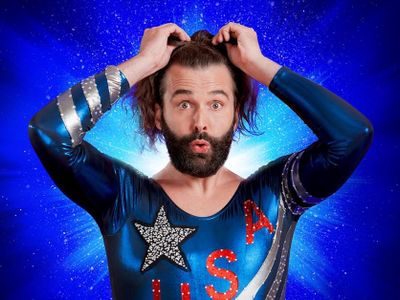 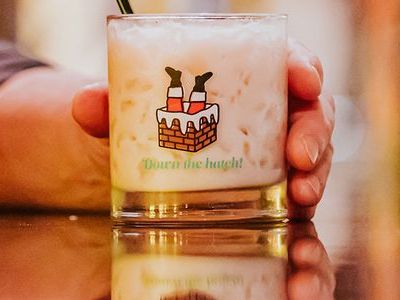