Bangers & Brews Like Add to a List
Bend's counter-serve spot specializing in craft beer and gourmet sausages expanded with a new location in the former Open Tandoor Like Add to a List space on Thursday.
Humboldt
Pickup, dine-in

Malka Like Add to a List
The beloved fusion restaurant located inside a quaint converted house revealed this week that it will close permanently after service on February 26. In an Instagram post, owner Jessie Aron wrote, "I would confess to you that ever since we made this call, it feels like I have a wonky Kitchen-Aid mixer mounted inside my chest with the speed setting on 10...The overriding reason we need to close is financial. While our newer prix-fixe model is significantly better for us and more profitable for us than the takeout model which got us through the first few years of the pandemic, we are still not making enough money to comfortably take care of the needs, health, and necessary rest for all who work here, ourselves included."
Richmond

Marble Queen Like Add to a List
Marble Queen, we hardly knew ye: Chef Johnny Sullivan's cart, which just opened in October, has already closed due to new food cart regulations that went into effect earlier this month.
Boise

Chelo chef Luna Contreras plans to open a snack bar
File under "restaurants we can't wait to try": Eater Portland reports that chef Luna Contreras, who runs the smash-hit pop-up Chelo Like Add to a List and recently appeared on the Netflix cooking competition Snack vs. Chef, hopes to open a new bakery and snack bar. The project is still in the very early stages—Contreras has not yet secured a location and plans to launch a crowdfunding campaign to raise money for the space—but we're eager to see the results.

Ye Olde BarleyWine Festival Like Add to a List
Barleywine is a particularly potent style of beer, boasting a whopping 6 to 12 percent alcohol by volume. This festival will feature eight different cellared versions of the full-bodied brew, available by the glass or as flights of four for $15 or all eight for $25.
Imperial Bottle Shop and Taproom, 12-11:45 pm

Fuyu Fest 2023 Like Add to a List
The inaugural edition of this new sake festival is here to brighten up your winter with over 70 types of Japanese craft sake, in addition to nonalcoholic drinks from Electrica PDX, Japanese snacks from Obon Shokudo, and cozy activities.
Olympic Mills Commerce Center, 2-5 pm

Latte Art Throwdown Like Add to a List
Throw on a flannel or babydoll dress and lace up your Doc Martens for this '90s-grunge-themed night hosted in collaboration with Sisters Coffee. Baristas from all over town will show off their espresso prowess.
The 4th Wall PDX, 7 pm

Hey Love Presents: Dolly Parton’s Birthday Brunch Like Add to a List
This event hosted by Marty Marton will celebrate the national treasure and country icon Dolly Parton with special performances and DJ sets by Silver Triplets Family Band, Onry, DJ Action Slacks, and more, plus a menu of playful themed food and drink specials, like the "Islands in the Stream" (a take on roast pork and grits) and "It Costs a Lot of Money to Look This Cheap!" (a vanilla black sweet tea slushy with peach, glitter, and a sidecar of your choice, available with or without alcohol).
Hey Love, 1-5 pm

Mr. Tuna x Magna Kusina Like Add to a List
Portland, Maine will join forces with Portland, Oregon at this one-of-a-kind pop-up collaboration. Chef Jordan Rubin of the Maine sushi favorite Mr. Tuna will team up with chef Carlo Lamagna of Magna Kusina to create a Filipino-Japanese tasting menu highlighting seafood from both the East and West coasts, plus "a little meat here and there."
Magna Kusina, 5:30 pm and 7:30 pm

Lunar New Year Party Like Add to a List
Ring in the Year of the Cat with Jenny Nguyen's women's sports bar, which will host a celebration with food and drink specials and a performance by White Lotus Lion Dance. Be sure to bring cash to tip performers and to help raise funds for Asian Pacific American Network of Oregon.
The Sports Bra, 6-9 pm

Whiskey Dinner at Brix Tavern in Tualatin Like Add to a List
What could be more distinguished than a four-course prix-fixe dinner with whiskey pairings? Enjoy Blade & Bow, Bulleit 10 Year, Woodinville Straight, and Woodinville Port Finish alongside your meal.
Brix Tavern Tualatin, 5-7 pm

The Smitten Kitchen Keepers Book Tour Like Add to a List
Deb Perelman has never worked in a restaurant, but her food blog Smitten Kitchen features more than 1,200 meticulously tested recipes and has won multiple awards. Based on the popularity of her accessible, dressed-up-comfort-food recipes, down-to-earth writing, and mouthwatering, sun-soaked photos she takes in her pint-sized New York apartment, Perelman has become a behemoth in the food-writing industry. She’ll come to Portland on her book tour for her third and much-anticipated cookbook, Smitten Kitchen Keepers: New Classics for Your Forever Files, which contains over 100 recipes that are destined to join your regular rotation.
Powell's City of Books, 7 pm 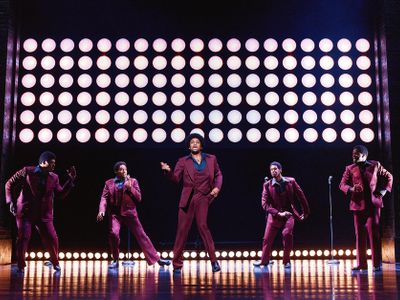